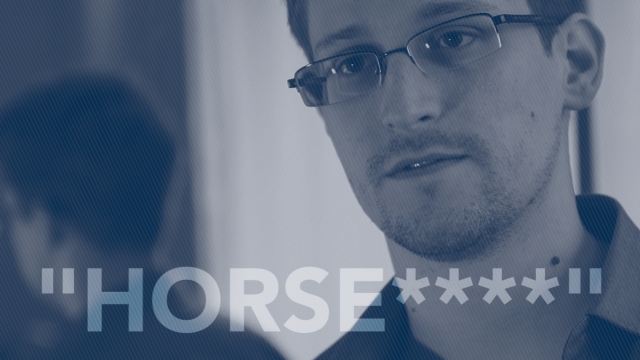 The FBI says Apple's cooperation is the only way into the San Bernardino iPhone.

"We have engaged all parts of the U.S. government, to see does anybody have a way, short of asking Apple to do it … and we do not," FBI Director James Comey said at a hearing earlier this month.

"These are the words on their report: 'exclusive technical means' of getting into this phone. Respectfully, that's horses***. ... There are hardware attacks that have existed since the '90s that the FBI can mount," Snowden said at a recent conference.

So why doesn't it? Why slog through the courts? Rights groups say it's all about precedent. The FBI wants the legal justification to get into any phone of interest whenever it wants, without having to do the congressional hearing song-and-dance each time.

The American Civil Liberties Union writes this: "It's a power grab: Law enforcement has dozens of other cases where they would love to be able to compel software and hardware providers to build, provide, and vouch for deliberately weakened code."

What about the NSA? The Intercept reports, based on documentation obtained in the leak from Snowden, that the NSA and CIA have been hammering away at Apple's software security for the past decade.

And chances are they've made progress. But Susan Landau, of the Worcester Polytechnic Institute in Massachusetts, told NPR whatever access those agencies have discovered is a closely guarded secret.

"When the NSA builds technology, it doesn't want that technology showing up in court. If the NSA were to share its technology with the FBI, the FBI brings court cases and the technology would have to show up there," Landau said.

Forcing Apple to unlock its own systems, then, would keep any NSA secrets secret and give law enforcement a fast lane the next time it wants to unlock a phone.

This video includes clips from the House Committee on the Judiciary and Common Cause and images from Getty Images and the National Security Agency.