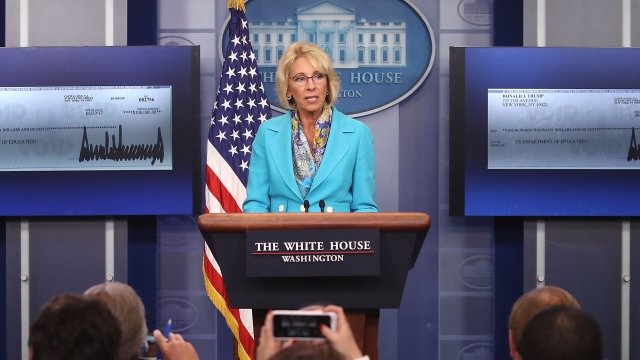 The Department of Education said it relieved student loan debts for almost 13,000 victims of for-profit colleges. The action, however, doesn't go as far as some people hoped.

That's because some of the relief is partial — unlike the original Obama-era policy, which granted full relief.

That change is part of the department's new plan to vary the amount of defrauded loan relief by income. In the future, people will only receive full loan forgiveness if their income is 50 percent lower than their peers. Anyone earning more than that will be subject to a sliding scale.

Education Secretary Betsy DeVos said in statement that the new process is faster and protects taxpayers from shouldering the costs. Critics, however, say the new policy is arbitrary and of minimal help to defrauded students.