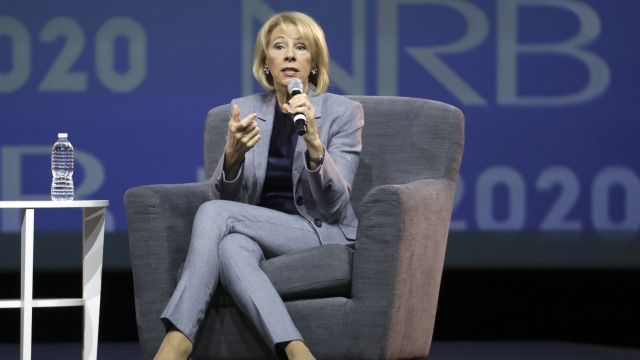 The U.S. Department of Education said it has stopped collections action against borrowers who have defaulted on their student loans while the world grapples with the coronavirus pandemic.

On Tuesday, the department said it will stop wage garnishments and collections measures for at least 60 days from March 13. Education Secretary Betsy DeVos said the government will not withhold borrowers' federal income tax refunds, Social Security payments or other federal payments, which are called "Treasury offsets."

DeVos directed the department to refund around $1.8 billion in offsets to more than 830,000 borrowers.

Earlier this month, President Donald Trump said interest on federal student loans would be waived because of the outbreak. DeVos also said borrowers can suspend their payments for at least two months.

Under the $2 trillion stimulus package Congress is expected to approve, borrowers wouldn't need to make a payment until October, and any interest during that time would be waived. The Department of Education would stop collecting from borrowers during this time, too.