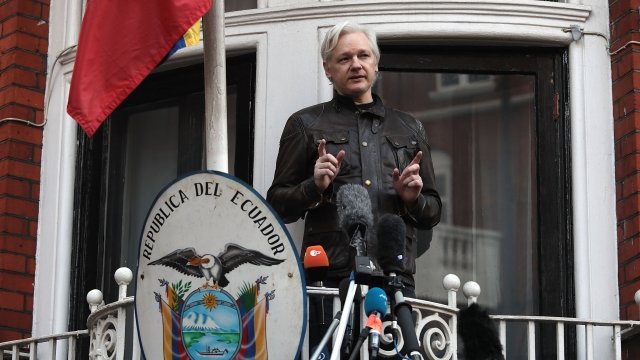 Assange has claimed political asylum and lived in the embassy since 2012, hiding from U.K., U.S. and Swedish authorities in plain sight.

Ecuador is now looking for a third person or entity to help negotiate Assange's safe transit to somewhere else.

Assange was wanted on sexual assault accusations, but Sweden dropped the case in May 2017. Assange also says he fears extradition to the U.S. over his organization's publishing sensitive political and military information. British authorities won't guarantee Assange is safe from extradition.