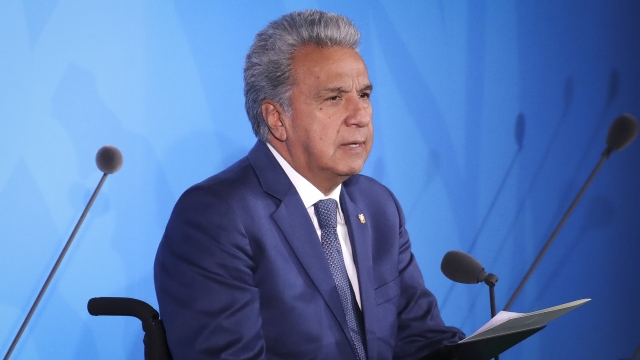 Ecuador's government is relocating due to recent violent protests over the end of fuel subsidies.

Ecuador's President Lenín Moreno made the announcement on Monday in a televised address. He said the government seat will leave the capital city of Quito and head to the southern city of Guayaquil.

Last week, Moreno said he would eliminate fuel subsidies, which lowered the cost of fuel, as part of his economic reform plan. It's also part of a $4.2 billion loan deal Ecuador made with the International Monetary Fund; the deal involved cutting public spending.

Despite the violent protests, Moreno said he will not bring back the subsidies.

Authorities have reportedly detained 570 protesters, and over 20 police officers have been injured.

Moreno has declared a 60-day state of emergency.