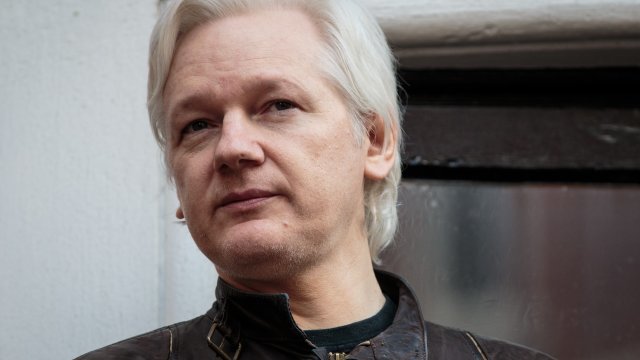 Assange has been living in the country's embassy in London for the past several years while he's sought political asylum.

Speculation about his citizenship began when Assange posted a picture of himself Wednesday on Twitter wearing an Ecuador soccer jersey.

The computer programmer made headlines when he exposed classified U.S. government documents in 2010 and when he was accused of rape in a Swedish investigation, which was later dropped.

To resolve the situation, Ecuador had asked the United Kingdom to grant Assange diplomatic status, but that was denied.