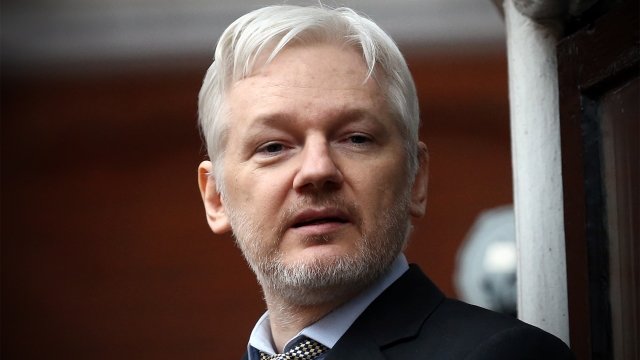 Assange criticized the U.K. and other countries' expulsion of Russian diplomats and questioned whether the Kremlin was actually behind a nerve agent attack on British soil.

(1/3) The manner of and timing of Russian diplomatic expulsions is poor diplomacy. The expulsions occurred 12 hours after one of the worst building fires in post Soviet history, which killed at least 64. Russians will see the timing as gratuitous.

But Ecuadorean officials said this violated an agreement the country made with Assange, who is now an Ecuadorean citizen. In a statement about the decision to restrict Assange's internet access, Ecuador said his social media activity "put at risk the good relations" between the South American country and the U.K.

Assange had his internet access briefly cut in 2016 so he couldn't interfere in the U.S. election. He's been living in the Ecuadorean embassy in the U.K. for nearly six years and says he fears extradition to the U.S. because Wikileaks published classified information. Sweden also wanted to question him over sexual assault and rape accusations, but that investigation was dropped.