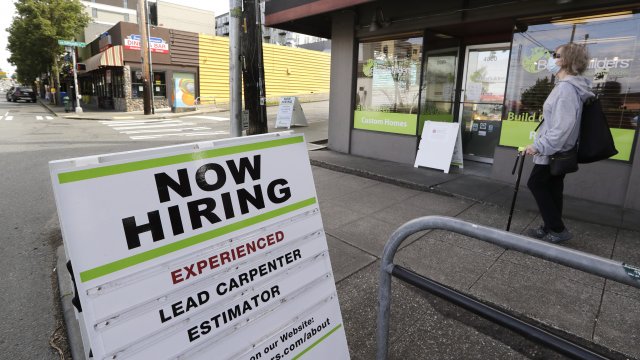 The addition of 4.8 million jobs in June was above the 3 million that most surveys predicted.

The economy added 4.8 million jobs in June, in the second straight month of labor market gains.

That pushed the unemployment rate down to 11.1% — welcome news. But questions remain ahead, as more states slow their reopening plans amid another virus surge.

The U.S. reported nearly 50,000 new cases of COVID-19 on Wednesday. As that figure rose, New York City decided to not let indoor dining resume next week. And California forced bars to close and indoor dining to stop in 19 counties where over 70% of the state’s population lives.

There are also concerns over data collection. A note at the bottom of last month’s jobs report  pointed out an error indicating that some workers who are temporarily unemployed due to the pandemic were counted as employed instead of unemployed. That means the reported 13.3% unemployment rate for May was likely higher.

Negotiations in Washington over another economic relief package could begin soon.

In a recent interview with Newsy parent Scripps, President Trump said it would include a second round of direct payments to Americans.