Economists Say Trump Might Have His Facts Wrong On China 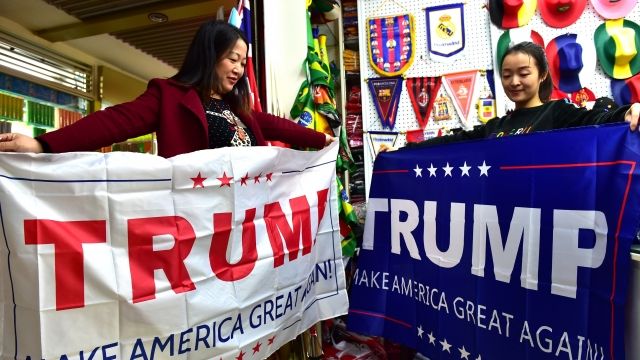 SMS
Economists Say Trump Might Have His Facts Wrong On China
By Ryan Biek
By Ryan Biek
December 5, 2016
The president-elect has argued China is manipulating its currency to increase its exports.
SHOW TRANSCRIPT

During the campaign season, Donald Trump promised to call out China as an economic cheater.

And on Twitter on Sunday, he did just that, accusing the country of devaluing its currency on purpose.

But economists don't think the president-elect has all his facts straight on China.

But history's shown that if a country devalues its currency too much, it becomes worthless. In the 1920s, Germany's inflation got so out of control its bills were used as wallpaper.

Economists say China's government is trying to do the opposite and make its currency more valuable.

It's using a more hands-off approach, allowing the worldwide markets to have a bigger impact on its currency.

But China's economic growth has slowed down. So if the government does nothing, the currency will devalue naturally.

So if China does what Trump wants and keeps its hands out of its currency, the value of the yuan will go down. Chinese products will be more affordable for other countries, and that's not good for the U.S. economy.

Trump's economic comment was part of a series of recent moves — including a phone call with Taiwan's president — that many fear may have alienated Beijing.