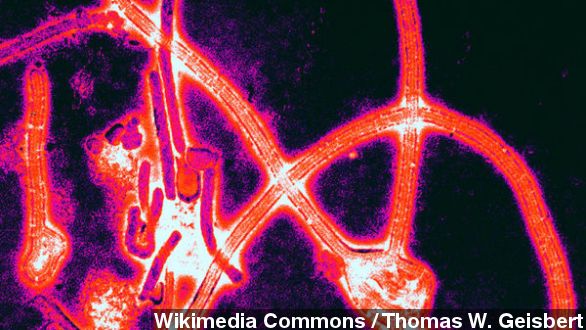 The race is on to contain a frightening outbreak of the deadly ebola virus in West Africa. At least 50 people have died in Guinea.

"It's spread quickly through communities in the South and it is now in the capital Conakry... It's spread by close contact with those infected." (Via CBC)

Symptoms of the virus include diarrhea, vomiting, and fever. These were first spotted six weeks ago. The problem for doctors, though, is this virus has never been in Guinea.

"They think they might be treating that person for maybe malaria, yellow fever  ... And they don't take the necessary precautions." (Via CNN)

Which means health care workers are some of the first to get sick, and usually in large numbers because ebola is extremely contagious.

In recent years, ebola outbreaks have plagued Uganda. In 2012, ebola was the cause of 17 deaths in the country. In 2000, 425 people became infected from the virus, and more than half died. (Via World Health Organization)

A doctor in Guinea told the BBC the goal is to get this outbreak under control as soon as possible. "The more quickly we can contain this the fewer cases we'll have, then the smaller the scale of the epidemic. That's the idea of going in as strong as we can early on."

There are no known treatments for ebola. It normally kills 90 percent of those who become infected.