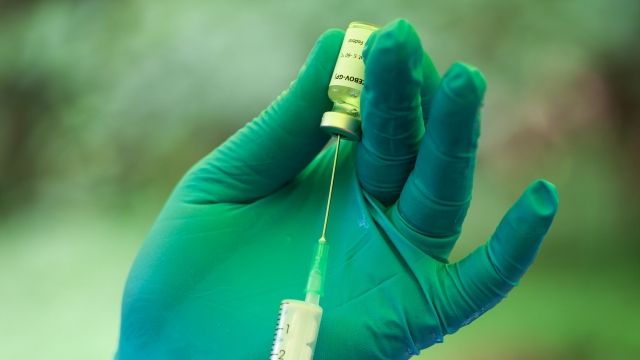 SMS
Ebola Vaccine Provides 100 Percent Protection During Human Trials
By Katherine Biek
By Katherine Biek
December 23, 2016
Not one of the roughly 6,000 people in Guinea who were given the vaccine developed Ebola symptoms after at least 10 days.
SHOW TRANSCRIPT

U.S. and European regulatory agencies are now fast-tracking an Ebola vaccine found to be 100 percent effective during human trials.

Multiple health experts tested the vaccine in 2015 on almost 6,000 people in Guinea. After at least 10 days, not one of those people had developed symptoms of Ebola.

The last of the West African countries at the heart of that Ebola outbreak was declared Ebola-free in June.

But the vaccine's manufacturer has stockpiled 300,000 doses, just in case another outbreak begins between now and when regulatory approval is granted.

One of the doctors involved with testing the vaccine told NPR the effectiveness of it is likely to drop from 100 percent once it's tested on more people.

The Public Health Agency of Canada and the U.S. Army developed the vaccine in 2005.