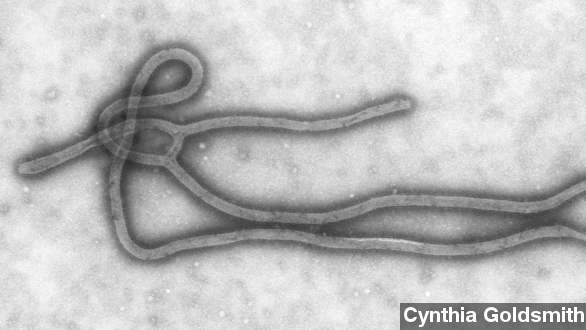 SMS
Ebola Outbreak Poses Little Threat To U.S.: CDC
By Shelby Mann
By Shelby Mann
July 29, 2014
The Ebola outbreak in West Africa poses little threat to Americans, according to officials with the Centers for Disease Control and Prevention.
SHOW TRANSCRIPT

​The latest Ebola outbreak in Africa is being called the worst yet, but the Centers for Disease Control and Prevention officials say there is little threat to the U.S.

Ebola is not an airborne disease, so in order to become infected, you must come in direct contact with someone who has the virus. NBC quotes a CDC official who said:

"Transmission is through direct contact with the bodily fluids of an infected person. Individuals who are not symptomatic are not contagious."

And HealthDay reports the two Americans who were infected with Ebola in Liberia were directly caring for patients with the virus.

Even though the CDC says there's not much risk of the U.S. having an Ebola outbreak, there's still concern in controlling the outbreak in West Africa.

Stephan Monroe, deputy director of the National Center for Emerging and Zoonotic Infectious Diseases at the CDC, said in a press conference: (Via The Daily Beast)

​​​"The concern is the outbreak can be reseeded much like a forest fire with sparks. Until we can identify and interrupt every chain of transmission, we won't be able to interrupt the outbreak."

As of now, the Ebola outbreak is primarily contained to a few countries in West Africa.

"The current outbreak started in West Africa's Guinea in March. Within days the virus had spread to neighboring Liberia and Sierra Leone." (Via NBC)

The CDC issued an alert for airline staffers with precautions and information on controlling the spread of Ebola.

Those traveling from West Africa or those who come in contact with recent travelers should look out for the following symptoms of Ebola: fever, diarrhea, vomiting, stomach pain, as well as joint and muscle aches and a headache. (Via Centers for Disease Control and Prevention)

Currently, the World Health Organization says the outbreak in West Africa has seen 1,201 cases of Ebola and 672 deaths.