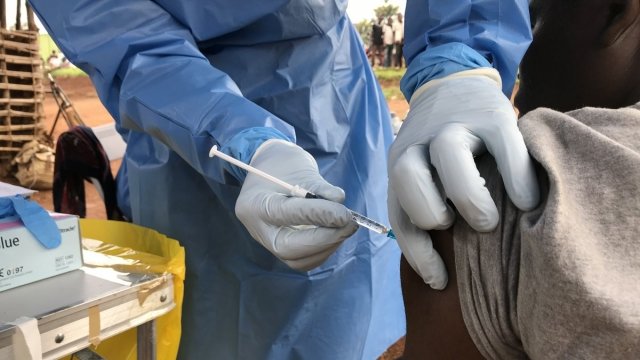 The death toll from the Ebola outbreak in the Democratic Republic of Congo is continuing to rise.

The outbreak started in August and has killed at least 319 people as of Monday, according to the World Health Organization. That's 30 more people than what was reported just last week. The WHO says there are at least 542 confirmed and probable cases of the virus.

The outbreak is one of the deadliest in history. And efforts to contain the spread have been hampered by a number of issues.

The WHO says vaccinating residents has been difficult for workers who have had to dispel rumors and overcome resistance to the Ebola vaccine.

The WHO said it's also been hard to get to some residents who live in difficult-to-reach areas. The organization said one of its vaccination teams walked nearly 2.5 miles over rough terrain to reach a village with people at high risk of infection.

And one vaccine team was delayed getting to a health facility after a bridge collapsed.

And as CNN points out, more than a million refugees and internally displaced people are traveling through North Kivu — the epicenter of the outbreak — which could worsen the spread of the virus.