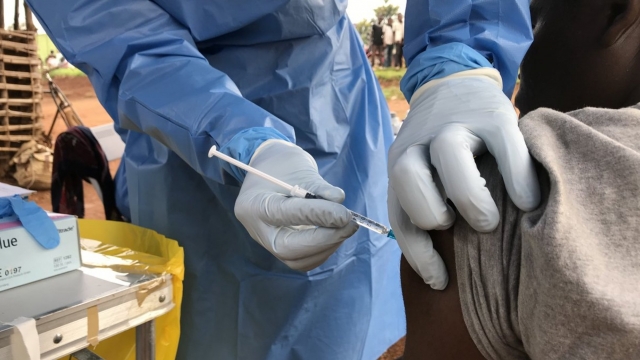 The death toll from the Ebola outbreak in the Democratic Republic of Congo has surpassed 500 people. Save the Children reports nearly 100 of those deaths were children.

The outbreak, which began in August, has been declared the second-largest Ebola outbreak on record. As of Saturday, more than 800 people have reported symptoms of the disease, with 750 of the cases confirmed.

Save the Children's country director in the DRC Heather Kerr says the group is at a crossroads because if urgent action is not taken, the outbreak could "last another six months, if not the whole year."

The country is struggling with violence, conflict and a food shortage. And help from aid workers has been hindered by misinformation about the disease and its vaccine.

Kerr says "The main concerns for many people are safety and making sure they have enough to eat. But Ebola has to be a priority too."