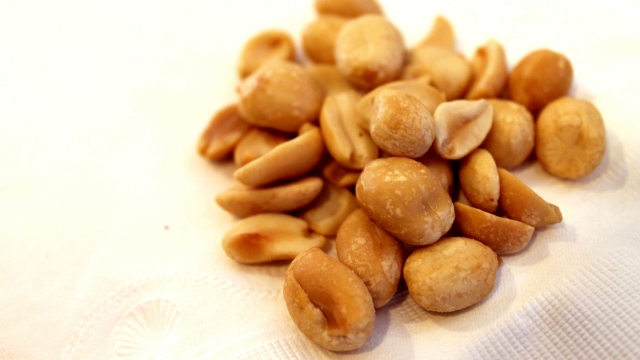 The cure for peanut allergies may actually be eating a lot of them at a young age.

King's College London just released a second study on the topic. The college's original, five-year project found infants who were at a high risk of becoming allergic, but ate peanuts frequently during early childhood, were ultimately protected from peanut allergies.

In the latest study, children from that same group were then asked to stop eating peanuts for an entire year. But in this case, avoiding peanuts did not bring on the allergy.

However, the study didn't identify the minimum amount of peanuts children have to eat at an early age to be protected.

But seeing as the number of American children who reported having peanut allergies has more than tripled since 1997, the researchers could be on a very promising track.

This video includes clips from King's College London and NBC, and images from Aleksandar Cocek / CC BY SA 2.0, Daniella Segura / CC BY 2.0 and NIAID / CC BY 2.0.