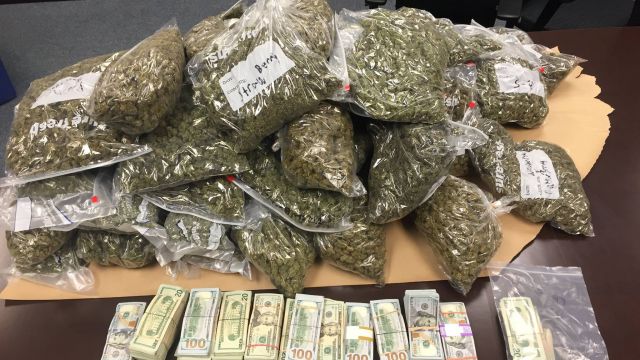 A family-friendly Easter event took a wrong turn in a suburban neighborhood in Vancouver, Washington.

During an Easter egg hunt Saturday, a man ran toward the crowd, screaming that his roommates were going to shoot him. The Clark County Sheriff's Office responded and learned the root of the problem was a large, unlicensed marijuana sale.

After getting a search warrant, deputies found over 45 pounds of processed marijuana and over $108,000 of suspected drug proceeds. Officials believe that the marijuana was going to be delivered across the U.S.

Three men were arrested at the scene — two for outstanding drug warrants in Missouri and the third on charges of possession with intent to sell.