East Coast Gas Prices Are Expected To Spike, Thanks To A Pipeline Leak 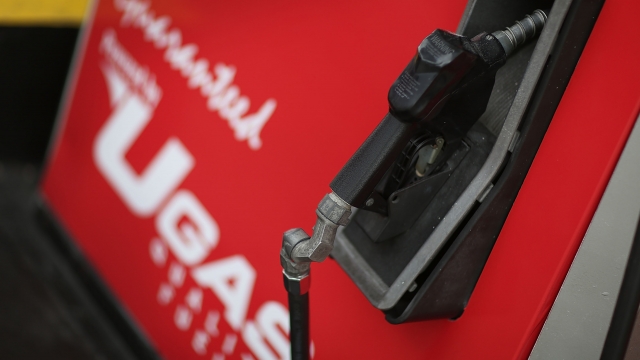 Gas prices are expected to spike as much as 20 cents on the East Coast over the next week.

And a leak from a major fuel pipeline in Alabama is to blame.

Colonial Pipeline shut down a section of one of its pipelines last week after an employee discovered the massive leak.

The company says the leak has spilled about 6,000 barrels of gasoline in Shelby County.

It said in a news release Thursday, "Colonial Pipeline continues to work with local, state and federal agencies in response to a product spill in a remote tract of land."

While the company says there isn't a threat to public safety or health right now, the leak could eat East Coast consumers where it hurts — at the pump.

The severed section of the pipeline isn't expected to be up and running again until next week. So suppliers are working to find other ways to get fuel to their customers.

But alternative methods likely won't be able to match the 1.3 million barrels a day that the leaking pipeline normally produces.

An analyst at GasBuddy.com says the leak could cause gas prices to jump between 5 and 15 cents in Georgia, North Carolina, Tennessee and Virginia.

And South Carolina could see as much as a 20 cent increase at the pump.

Both Georgia and Alabama have declared states of emergency because of the pipeline leak. Safety experts are currently investigating the cause.