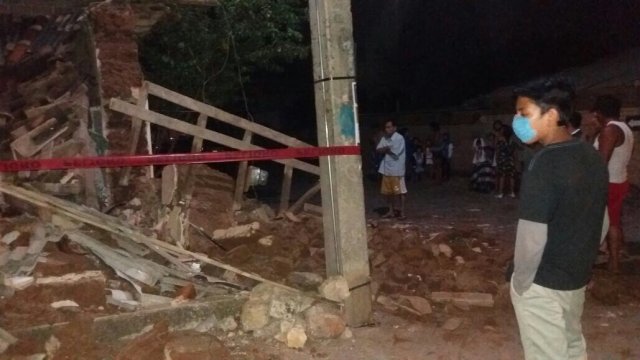 One of the most powerful earthquakes to hit Mexico shook the country's southern coast early Friday.

The U.S. Geological Survey reported the massive quake measured in at 8.1 magnitude.

Mexican President Enrique Peña Nieto said it was an 8.2 magnitude tremor. Either way, it's one of the strongest earthquakes on record in Mexico.

The USGS has noted a number of aftershocks as well, some of them over 5.0 in magnitude.

As of Friday evening, officials say the quake has killed at least 58 people and injured 200 more. The USGS has issued a red alert, meaning it expects "high casualties and extensive damage."

The last Mexican earthquake around this size hit in 1985. The 8.1 magnitude quake killed more than 9,500 people and caused major damage in Mexico City.