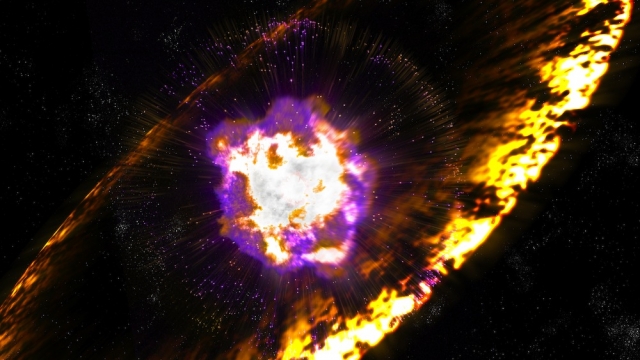 New research in Nature shows strong evidence that Earth was bombarded by debris from supernova explosions at least twice in the past 10 million years.

Both explosions were too far away to do much damage, but they might've had unknown effects.

Those early human ancestors would've seen a new star appear in the sky as bright as a full moon.

The evidence for the encounters came in the form of radioactive iron dust. Supernovas create a cloud of it, and some landed on Earth.

It's not clear what effects zipping through a cloud of radioactive dust would have had on the planet, but the timing of the supernovas roughly lines up to a period of cooler climate.

This video includes clips from Stephanie Dloniak / CC BY ND 3.0 and Michael Schulreich and images from SLAC National Accelerator Laboratory / Greg Stewart, Didier Descouens / CC BY SA 4.0 and Ian Norman / CC BY SA 2.0 and images and clips from NASA.