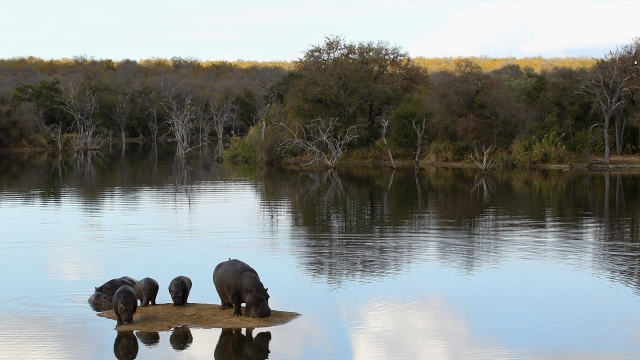 SMS
It Only Took Us 20 Years To Destroy 10 Percent Of Earth's Wilderness
By Briana Koeneman
By Briana Koeneman
September 9, 2016
According to a new study, there have been "catastrophic declines" in wilderness areas that add up to 1.27 million square miles.
SHOW TRANSCRIPT

Twenty years is just a tiny drop in the bucket when it comes to the human race's existence here on Earth.

But in that short time, we've managed to destroy nearly 10 percent of the world's wilderness.

According to a new study out Thursday, since the 1990s, there have been "catastrophic declines" in wilderness areas that add up to a staggering 1.27 million square miles.

To put things into perspective, that's an area roughly twice the size of Alaska and more than four times the size of Texas.

One of the study's authors said in a statement, "Without any policies to protect these areas, they are falling victim to widespread development. We probably have one to two decades to turn this around."

To get these numbers, researchers mapped wilderness areas around the world and compared the map to a similar one created in the early 1990s.

They found South America was hit the hardest — the continent lost almost 30 percent of its wilderness in two decades.

And Africa experienced a 14 percent loss in that time.

The study's authors say immediate action should be taken to protect all wilderness areas, no matter how small. Or else we might lose even more in the years to come.