Earth Has Lost Half Its Vertebrate Wildlife Since 1970: WWF 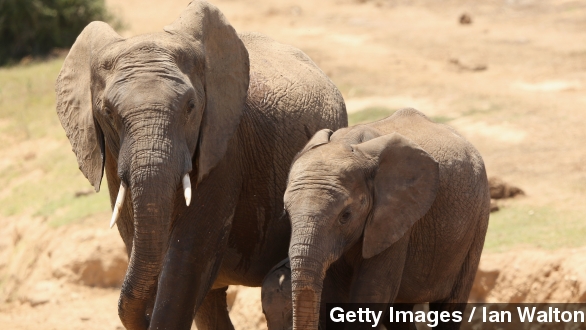 SMS
Earth Has Lost Half Its Vertebrate Wildlife Since 1970: WWF
By Jake Godin
By Jake Godin
September 30, 2014
A new study published by the World Wide Fund for Nature found that more than half of the world's wildlife population has declined since 1970.
SHOW TRANSCRIPT

While life for humankind has no doubt improved since 1970, it turns out the past 40-plus years haven't been as good for our planet's wildlife.

According to a new "Living Planet" study published by the World Wide Fund for Nature, the populations of Earth's vertebrates — mammals, fish, reptiles, amphibians and birds — have declined by 52 percent since 1970.

The study is based off of 10,000 populations of a little over 3,000 different species from data kept by the Zoological Society of London.

From those numbers, the WWF found that freshwater wildlife was hit the hardest at an average decline in populations of 76 percent. Terrestrial and marine wildlife both showed a 39 percent average decline since 1970.

Three of nine "planetary boundaries" defined by the study — climate change, biodiversity loss and Earth's nitrogen cycle — have already been crossed. Any more could do irreversible harm to the planet, the report warns.

And if you thought that was it, it gets worse. Scientists say humanity's ecological footprint — or amount of resource consumption — is in bad shape as well.

Nations such as Qatar and the U.S. are consuming large amounts of the planet's resources. If everyone on Earth consumed as much as the average person in Qatar, the WWF says we would need 4.8 planets. If it were the U.S, we'd need 3.9 planets.

But, as bad as the Earth losing half its vertebrate wildlife in the past 40 years sounds, it's not all doom and gloom.

Marco Lambertini, the WWF's director, says awareness of the planet's state has never been higher at both the corporate and local levels.

And a columnist for The Guardian noted the importance of studies like this one and the stories that follow, saying: "It may not 'matter' to me that the gibbon or the viper become extinct, any more than it matters that a park I never visit goes under housing or a coral reef disappears to mass fishing. What does matter is my awareness of my relationship to nature."

The study, which was last published two years ago, showed a 28 percent decline in vertebrate wildlife between 1970 and 2008.