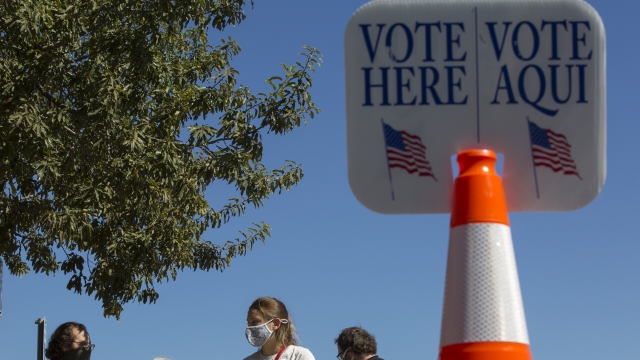 SMS
Early Voting Wraps Up In Several States With Vast Turnouts Reported
By Bailey Vogt
By Bailey Vogt
October 31, 2020
As of Friday, over 90 million people have already voted, according to The U.S. Elections Project.
SHOW TRANSCRIPT

After an increased turnout across the country, early voting is wrapping up in several states this weekend as preparations are made for Tuesday's Election Day.

Early voting is closing after an incredible turnout. As of Friday, over 90 million people have already voted, according to The U.S. Elections Project. That's about 61.7% of the votes cast in the 2016 election.

One of the largest turnouts occurred in Texas, which wrapped up its early voting Friday. The state has already surpassed the amount of votes cast in 2016 and could now now be an unlikely - and major - swing state in deciding the presidential election.

The head of the U.S. Elections Project, Michael McDonald, told USA Today he projects over 150 million people could vote in this year's election, or more than 62% of eligible voters. This would make it one of the highest turnouts in the past century.