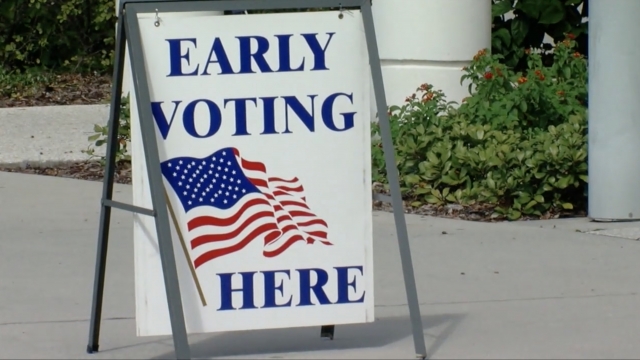 The post-convention election season is just ramping up, but Americans are already prepping to cast their ballot.

September 4 marks the start of voting when North Carolina becomes the first state to start mailing out ballots, followed by Pennsylvania and Wisconsin in mid-September. Then on September 18, in-person voting kicks off in Minnesota and South Dakota.

The number of people choosing to vote before Election Day has doubled since 2004, with the total hovering around 40% for the past three national elections. That's expected to rise even more amid the ongoing pandemic. A recent Pew Research survey found 57% of registered voters would prefer to vote early or vote by mail this year.

But there are some extra steps to keep in mind.

"Everything from your ballot getting, being delivered too late by the US Postal Service to you not filling out the information that's required to send in with your absentee ballot. So your chances of being disenfranchised are actually unfortunately higher if you vote by mail," said Hans von Spakovsky, senior legal fellow with the Heritage Foundation.

Hans von Spakovsky from the conservative-leaning Heritage Foundation says people should only vote early when it's absolutely necessary. He argues voters do a disservice to themselves by voting before key events, like the presidential debates, the first of which is scheduled for Sept 29.

"So I think you're voting without the full complement of information that you may be getting from the candidates from news or if you're voting a month before the election, rather than waiting till election day to do that," he said.

But on the flip side, Barry Burden from the Elections Research Center at the University of Wisconsin-Madison says people who take advantage of the mail-in option could end up being more informed voters.

"When a voter has a ballot at home, they have more time to investigate. They can have the ballot on the kitchen counter, have the laptop or mobile device open, researching the candidates and the issues that are on the ballot in a way that's not possible if you're at a polling place," said Burden.

People who chose to vote by mail do take on some extra responsibility. It's on them to ensure the ballot and envelope are filled out correctly and received on time. Election officials recommend acting early and tracking your ballot online, if you can.

"If you know a week or two or three in advance exactly how you're going to and no one and nothing is going to change your mind, don't wait till the end," said Simon.

And taking advantage of early voting options can help flatten the curve for November 3.

"In a similar way, if people request their ballots and return them at different times, not all on Election Day, it actually smooths out that process as well and will avoid the lines or congestion that people may be worried about on Election Day," Burden said.