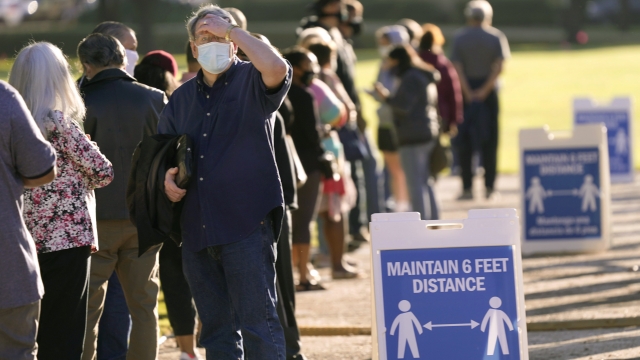 People came out in droves as early voting kicked off.

People came out in droves as early voting kicked off, but not without some problems.

A Fort Bend County official tells The New York Times a programming glitch caused every voting machine at 30 early voting sites to break down. Most of the machines came back online later in the day.

A similar scene unfolded in Decatur, Georgia where the lines were just as long as they were Monday.

While some voters are upset about the wait, Georgia officials said it was record-high turnout, and some election experts say this is a sign of enthusiasm.

They cautioned voters not to get frustrated as they still have 21 days to come back and vote.