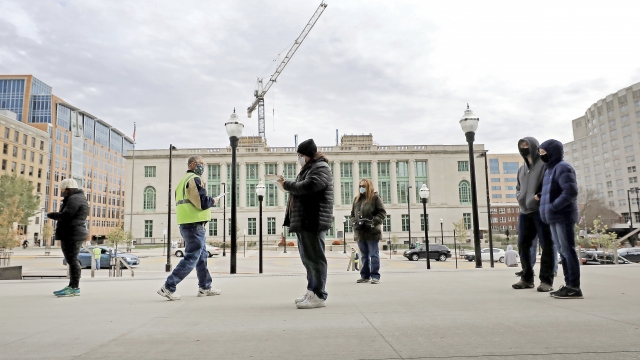 Early voting is underway in the key battleground state of Wisconsin.

This is video from our sister station in Wisconsin - WTMJ.  You can see dozens of voters waiting in line in downtown Milwaukee.

According to TMJ reporter Ryan Jenkins- one woman said she waited about an hour and a half. But voters say its worth the wait.

Dan Molony said, "It's a pretty important decision. Worth waiting, what an hour? Two hours? I just like to vote in-person. I just know it's going to be there and I can guarantee it. And, like I said It's too important to leave it to the mail."

Voters in Hawaii and Utah can also head to the polls today. At least 40 states have now started early voting and the U.S. Elections Project reports, nationwide, nearly 35 million ballots have already been cast.