More Early Voters in Texas Than All Its 2016 Votes 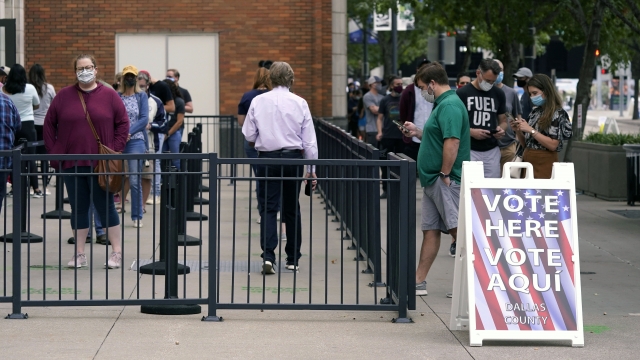 It's the last day of early voting in Arizona, Georgia, Indiana, Nevada, Texas and Utah.

More than 9 million people in Texas have already cast their ballots compared with roughly 8.9 million total ballots cast in 2016.

Eight polling places in Harris County, which includes Houston, are staying open all day and night for the last two days of early voting.

"We're making history tonight: the first time 24-hour voting has been offered in the history of the state of Texas," Harris County Clerk Chris Hollins said.

So far more than 84 million people nationwide have voted either in person or by mail.