Early Polling Is Often Unreliable, So Why Do We Love It? 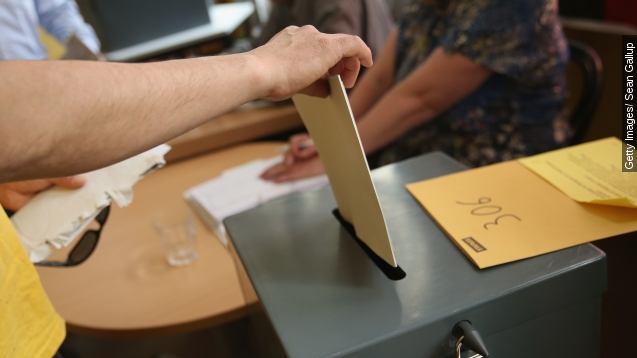 SMS
Early Polling Is Often Unreliable, So Why Do We Love It?
By Matt Patston
By Matt Patston
June 23, 2015
Americans often turn to polls for the latest news about a presidential race, but polling provides a murky picture at best.
SHOW TRANSCRIPT

We all know that presidential races can be unpredictable — so why are we so determined to predict them?

Polling will provide headline fodder almost every day from now until Nov. 5, 2016 — even though early polling hardly ever predicts the winner of the general election.

Remember when Rick Perry was leading the GOP race in 2011?

"You don't need to be in the pew every Sunday to know there's something wrong in this country when gays can serve openly in the military, but our kids can't openly celebrate Christmas or pray in school," Perry said. (Video via Rick Perry)

Reading poll results is like eating cake for dinner: We know that we won't be full and satisfied, but it tastes so good it's impossible to stop.

Even Nate Silver, statistician and politics-predictor extraordinaire, said there are "lots of reasons to worry about the polling industry." So why do we still cling to it?

Maybe it's just that polling gives us the illusion of knowing the unknown — which is especially appealing when talking about the most powerful politician in America. Or maybe it's that candidates can use the fluctuating numbers to support their legitimacy.

Or maybe it's just that polling makes such an easy news story — especially when the news outlet conducts the poll, as so many do.

But this election cycle, our obsession with speculative polls will have an immediate, tangible impact: CNN and Fox News will use poll results to determine who gets a place on their debate stage. (Video via CNN)

Congratulations, America. Feast on your cake.

This video includes an image from the Harry S. Truman Library.