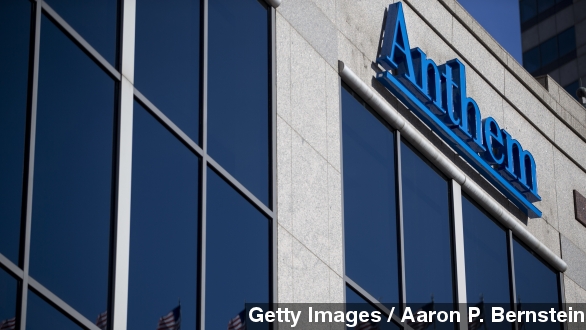 Investigators looking in to a Wednesday hack on Anthem say it could be a state-sponsored attack, and they named China as an "early suspect."

Bloomberg cites government officials who say the breach looks to be the work of foreign attackers "seeking a pathway into the personal lives and computers of a select group — defense contractors, government workers and others."

The Anthem attack is thought to have compromised identifying information — including names, addresses, employment data and Social Security numbers — for as many as 80 million Anthem employees and customers. (Video via Anthem)

One former intelligence official suggested to The Washington Post the Anthem breach isn't an end, but a means to get to other sensitive data.

"The more information the Chinese have about large segments of the American population, the easier it is for them to penetrate our military and intelligence agencies."

Chinese officials deny the allegations. The BBC quotes one spokesman who called the statements "groundless."

"It is unreasonable to make an accusation without enough evidence. It is very difficult to determine the source of hacking activities, especially when it is carried out across borders."

Regardless of who is responsible, Anthem has damage control to do. Representatives will be in front of the House Energy and Commerce Committee Friday to explain how it's responding to the hack.