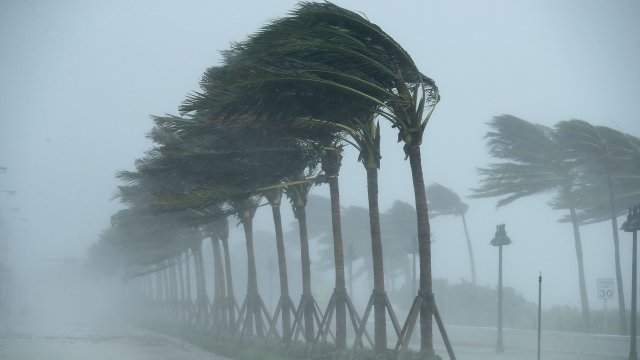 If early predictions are right, the 2018 Atlantic hurricane season could be a bit of a doozy.

A forecast from researchers at Colorado State University calls for 14 named storms, seven hurricanes and three hurricanes that are at least a Category 3.

Those numbers would make 2018 a slightly above-average Atlantic hurricane season, which lasts from June to the end of November.

If this 2018 forecast is correct, it would still be less brutal than last year's season, which saw major hurricanes like Harvey and Maria hit U.S. soil.

As we said — this is an extremely early 2018 forecast, and the researchers plan to update it again in May. The National Oceanic and Atmospheric Administration will release its forecast for this year's season around the same time.