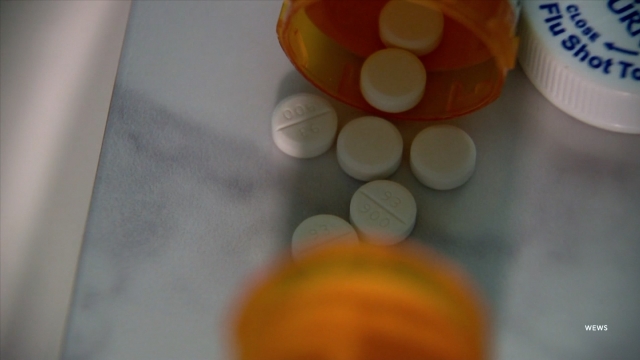 SMS
Early Data Shows Increase in Overdoses During Shutdowns
By Amber Strong
By Amber Strong
September 1, 2020
Researchers at University of Baltimore report a 17 percent increase in drug overdoses after widespread shutdowns due to the coronavirus.
SHOW TRANSCRIPT

When stay-at-home orders began to increase in the spring, health officials started issuing warnings about a potential rise in drug overdoses triggered by isolation and stress. Preliminary data shows they may have been right.

Said another, “4,700 that’s roughly how many Hoosiers have overdosed this year.”

News reports across the country tell part of the story.

Research from the University of Baltimore Center for Drug Policy and Enforcement paints a clearer picture.

Using data submitted from thousands of agencies nationwide, “There was a 17 percent increase in suspected overdose submissions when comparing the weeks prior to and following the start of state-mandated stay-at-home orders.”

“Individuals are more likely to have an overdose if they're using alone. There's no one to intervene with life saving medication. And as we've seen in prior periods in American history, there's been a correlation between economic difficulties and increased risk in increased rates of drug use and drug overdose deaths,” said Myra Mathis an Addiction Psychiatrist at The University of Rochester Medical Center.

“The shame and the guilt that comes with drug use, then perpetuates the cycle of isolation and keeps individuals away from support networks that can be helpful. And it's important for loved ones to be mindful of that and to do their best to maintain a non-stigmatizing stance towards their loved ones who are using drugs,” said Mathis.

She says that includes keeping the overdose-reversing drug Naloxone on hand for loved ones.

September is National Alcohol and Drug Addiction Recovery Month, a time of renewed focus on recovery resources.While some groups have been forced to shut down because of the pandemic, there is still help available.

Groups like Narcotics Anonymous have taken things online, such as providing a list of virtual meetings happening all over the world.

All steps to bring treatment to a nation struggling with one illness while trying to avoid another.