Spring Arrives Earlier Every Year, And It's Altering Whole Ecosystems 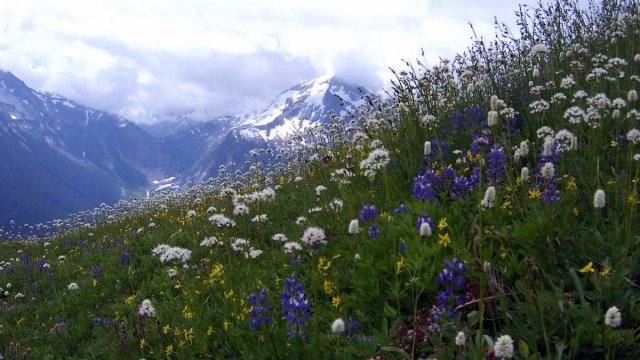 Warmer temperatures and brighter mornings are coming earlier than they used to, and that puts plants and animals off balance.

Spring-like weather has been starting sooner these past few decades. Sunshine and warm afternoons might be a nice change after a long winter, but if the warmup arrives too soon, it can throw off whole ecosystems.

Plants and animals depend on the cyclical rhythm of seasons for survival. When it's bright and warm, they know it's time to reproduce, pollinate or wake up from hibernation. But researchers have watched climate change gradually push the start of spring weather earlier and earlier. By 2100, it could arrive about three weeks earlier than usual.

The early warming causes a host of problems for life on Earth. If plants flower or grow too early, for example, a late frost can damage or kill them.

Warming can prompt animals to start living in places they couldn't survive in before, which also makes it easier for invasive species like mosquitoes to spread. Sometimes, it even wakes up hibernating bears while researchers are trying to get into their caves to count them.

An early arrival of warmer temperatures causes trouble for humans, too. Pollen season is starting earlier and lasting longer. Food crops are at risk of blooming too early and getting frost damage, just like their wild cousins. And if the year's snow melts early, it creates dry conditions that contribute to larger wildfires.

What's more, these ecosystems are so connected that if a frost kills early-blooming plants, animals that pollinate and depend on them for food suddenly don't have what they need to thrive. If spring crops freeze, the country's farm economy can suffer.

Scientists Finally Know How One Common Pesticide Is Harming Our Bees

Neonicotinoids were approved for commercial use in the 1990s. But their exact environmental impact has been questionable.

There's no single fix for the problem. But there are ways we might make things easier for plants and animals in an ever-warming climate.

In California, conservationists rent land from farmers to give threatened birds a safe resting place while they migrate. Some scientists are thinking a step further and debating if it would be worthwhile to help animals migrate to new ranges they wouldn't go to naturally.

Researchers are experimenting with genetic modifications that make crops more resistant to freezing. And some scientists are planning for a worst-case scenario where climate change claims Earth's bees: They're building bee-like drones that can collect pollen from one flower and move it to the next.