This Congressman Says The New Congress Could Legalize Weed 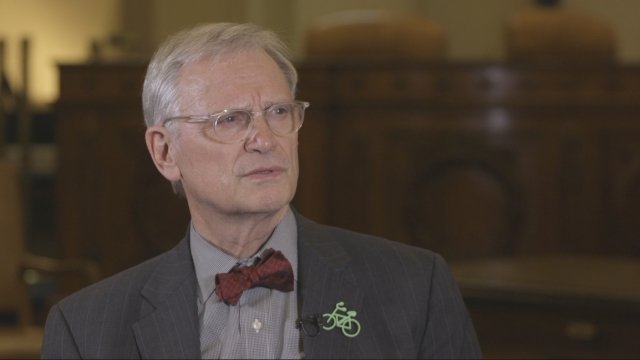 2018 was a year full of milestones for cannabis reform. But the man at the forefront of the Congressional push for federal cannabis legalization says the next two years will be even more groundbreaking.

"This will be the most pro-cannabis Congress in history," said Rep. Earl Blumenauer (D-Oregon). "We’ve had a number of people who’ve stepped up, who’ve taken a stand, campaigned on it. I’ve talked to over five dozen of the new people and they’re very open minded or, actually very supportive."

Blumenauer, one of the founders the bipartisan Congressional Cannabis Caucus, says the midterm elections helped remove some of the biggest roadblocks to federal marijuana reform.

"We’ve had tremendous progress in Congress, but we have been restrained, shall we say, by people in the Republican leadership who refused to allow us to vote on proposals," Blumenauer said. "They’re not here. Pete Sessions shut us down on the rules committee, Bob Goodlatte on the Judiciary, and Speaker Paul Ryan who did not move forward."

With some major Republican opponents gone, Blumenauer says he and new members plan to focus on taking incremental, bipartisan steps over the next two years to make big marijuana reforms. He says he and other proponents already have a roadmap to legalization that starts with recommendations for every major congressional committee.

Increasing access to medical marijuana for military veterans, opening the door to federal research on cannabis, and giving legal cannabis businesses full access to banking are high up on the list of reforms Blumenauer says members plan to tackle.

"These are items that help build the moment that will make the difference that I think sets the table moving toward legalization in this Congress," Blumenauer said.

But getting legislation through a Republican Senate and then signed by President Donald Trump won’t be a walk in the park. Senate Majority Leader Mitch McConnell and other GOP leaders have said they wont support full legalization.

But other Republican Senators like Cory Gardner and Steve Daines support marijuana initiatives and have already introduced bills to do reform federal prohibitions on banking and veterans access to cannabis.

Blumenauer says convincing opponents to support reforms might not be as hard anymore as public support for legal marijuana grows.

"The way that that is most tellingly achieved is by what the voters want. This is something that is demanded by the public and cannabis, as I mentioned, is more popular than any politician," he said.