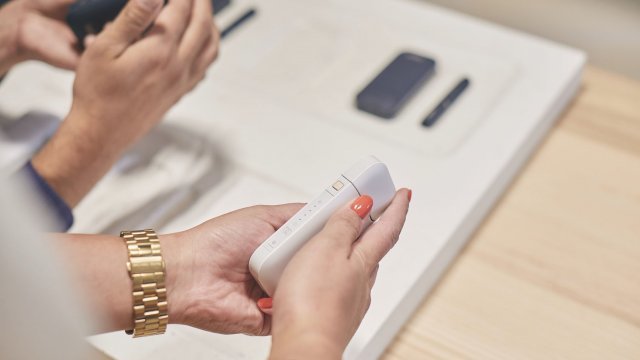 SMS
An E-Tobacco Device Just Got A Mixed Review From FDA Advisory Panel
By Cristina Mutchler
By Cristina Mutchler
January 25, 2018
An advisory panel for the Food and Drug Administration offered a mixed critique on the Philip Morris iQOS electronic tobacco device.
SHOW TRANSCRIPT

An advisory panel to the U.S. Food and Drug Administration gave a mixed review for a new electronic tobacco device.

The FDA's outside tobacco advisory committee voted to reject a request from Philip Morris to market its iQOS device as a less-risky alternative to cigarettes. But the panel did back a claim that the device reduces exposure to harmful chemicals in cigarettes. iQOS heats tobacco, instead of burning it.

The FDA will still review and OK the device and how it's marketed; it's already sold outside of the United States. Last year, the agency started an initiative to cut nicotine in cigarettes to non-addictive levels.