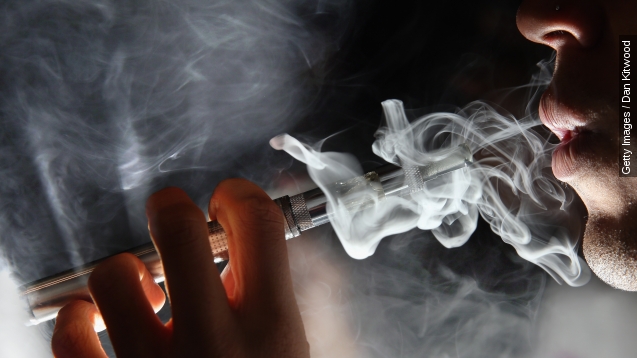 Smoking has gone from this to this. (Video via Marlboro, blu eCigs)

50 years after Herbert Gilbert registered the "smokeless non-tobacco cigarette" in 1963, the vaping industry is smokin'! (See what we did there?)

"The e-cigarette market is valued at $2 billion, with the United States accounting for a quarter of all sales," CNN reported.

E-cigs have been touted as healthier than cigarettes. But opponents want an FDA crackdown. (Video via NBC, CNN, VaporFi, PBS Newshour)

The effect of FDA regulations is unknown. But some predict they would decimate the vape industry.

"A 40 percent tax is going to kill small businesses. It's also going to kill the huge wholesalers that we have in the U.S. that employ a lot of people," one store owner told WPMT.