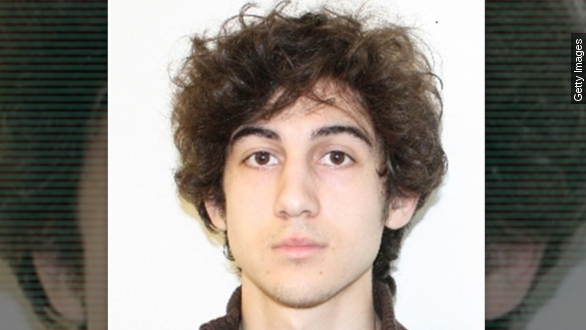 Dzhokhar Tsarnaev could now face life in prison or the death penalty.

A Massachusetts jury found Dzhokhar Tsarnaev guilty on all 30 charges Wednesday for his role in the April 2013 Boston Marathon bombing and the subsequent murder of MIT police officer Sean Collier. Tsarnaev could face life in prison or the death penalty.

The trial has played out over the past month with nearly 100 witnesses testifying in the case. The jury came to the verdict after 11 and a half hours of deliberation.

The defense never denied Tsarnaev's guilt in the case, so the guilty verdicts were more or less expected. The real key to the case will be what punishment Tsarnaev receives. Seventeen of the guilty counts carry the death penalty.

In an attempt to avoid a death sentence, the defense attempted to pin the bulk of the blame on Tsarnaev's older brother, saying during the trial, "If not for Tamerlan, it would not have happened." (Video via The Boston Globe)

Massachusetts abolished the death penalty in 1984, but it can still be used in federal cases — which means it's still a possibility for Tsarnaev.

Many survivors and families of the victims expressed relief at the guilty charges, but a woman who was injured in the bombing said each victim had their own opinion on whether Tsarnaev should receive the death penalty.

"Honestly, we haven't talked that much about it. I think it's just a personal thing; it's something that everyone has their own response to," said Karen Brassard.

The jury will now determine Tsarnaev's punishment in the penalty phase of the trial, which could begin as soon as next week. (Video via WBZ-TV)