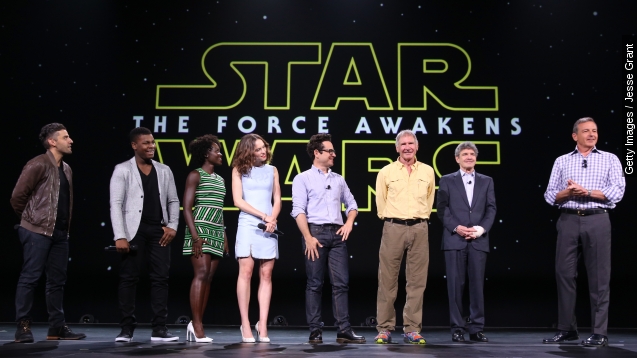 SMS
Dying Fan Asks Disney To See The New 'Star Wars' Movie Early
By Melissa Prax
By Melissa Prax
November 3, 2015
A cancer patient and fan of "Star Wars" doesn't have much longer to live, which is why he's asking to see the newest film early.
SHOW TRANSCRIPT

December's release of the new "Star Wars" movie may not seem far, far away. But for a Houston-area man with a rare form of cancer, a month could mean he'll never get to see the film.

The hashtag #ForceforDaniel has been spreading through social media, asking Walt Disney Studios to grant Daniel Fleetwood's dying wish — to see "Star Wars: The Force Awakens" before its official release.

Some big names have retweeted posts supporting Fleetwood, including John Boyega, who plays Finn, and Luke Skywalker himself, Mark Hamill.

As for Fleetwood, he's living months past when his doctor told him he would. He says it's because of "Star Wars," but as you heard, he doesn't think he has much longer. Disney and Lucasfilm have not yet responded to Fleetwood's wish.