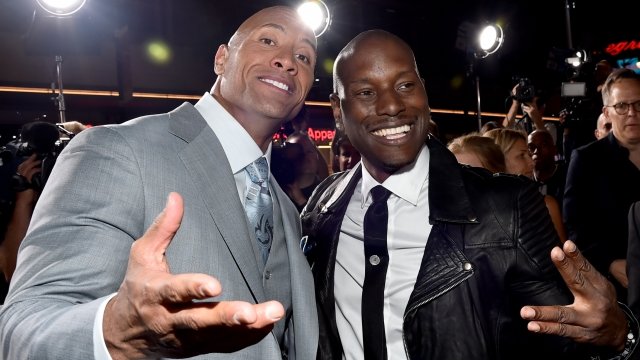 SMS
Dwayne Johnson Responds To 'Fast And Furious' Beef Over His New Movie
By Ryan Biek
By Ryan Biek
October 10, 2017
Dwayne "The Rock" Johnson's latest Instagram promo seems to call out a certain co-star and ask other celebs to join his new spinoff flick.
SHOW TRANSCRIPT

Family might be a big part of every "Fast and Furious" film, but a very public feud could be tearing the cast apart.

Dwayne "The Rock" Johnson's latest Instagram promotion seems to call out a certain co-star and could be an attempt to recruit others to his new spinoff movie.

Some quick background: Johnson joined the cast for the fifth film but quickly became a fan favorite. Jason Statham's character was the villain in "Furious 7," and appeared to switch sides in the eighth movie. Fans loved the Johnson-Statham dynamic so much, they called for a spinoff.

And last week, The Hollywood Reporter confirmed that dream would become a reality. The only problem? The Johnson-Statham project is pushing the next full-cast "Fast and Furious" movie back to 2020, and one of its members isn't happy. 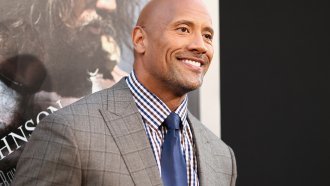 Tyrese Gibson called Johnson a "clown" on social media for accepting the spinoff offer and accused him of breaking up the "Fast family."

Johnson appeared to respond on Monday, saying he hopes the spinoff will create new opportunities for his "Fast and Furious" family and other actors. But he also included a hashtag: #CandyAssesNeedNotApply.