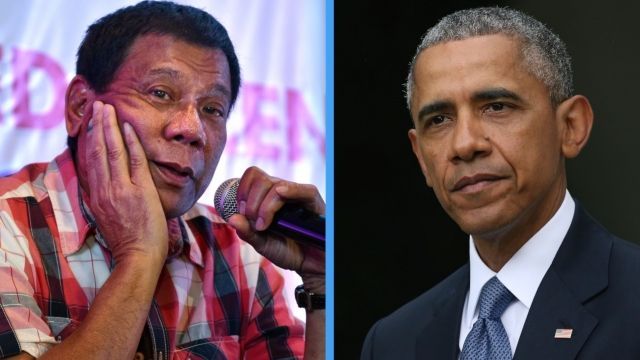 The comment stems from criticism of Duterte's "war on drugs."

Philippine President Rodrigo Duterte just threated to "break up" with the U.S. and told President Obama to "go to hell."

Duterte told Obama to go to that fiery place on Tuesday. Why?

Well, like pretty much every other time Duterte has insulted an international leader — and there are many — it was for criticizing what he's calling his "war on drugs."

Duterte has called for the killings of drug dealers and addicts in his country. Over 3,000 people have reportedly been killed by police and vigilantes since Duterte took office in June.

U.N. experts called on Duterte and the Philippine government to put a stop to the killings of suspected criminals who haven't had their day in court. Duterte responded by threatening to leave the U.N.

That was more of a hypothetical situation. Duterte said he'd call Obama that vulgarity if he tried to discuss extrajudicial killings.

Obama wasn't having it and canceled his meeting with the Philippine leader. Duterte later said he regretted his comments.

But regret and reform apparently don't go hand-in-hand for Duterte. Just this week, Duterte found himself in hot water for saying he would massacre drug dealers like Hitler massacred Jews.