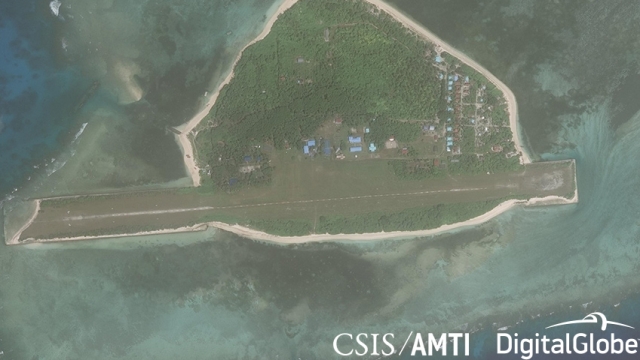 Thitu island — which is part of the Spratly Islands — is occupied by the Philippines but China claims it as well. China, Malaysia, Taiwan, Vietnam, and the Philippines dispute nearly 70 reefs and islets in the South China Sea, according to the Asia Maritime Transparency Initiative.

In 2016, an international tribunal ruled that China had no right to a lot of the area it claimed. But the court has no way to enforce its ruling, which China has said it doesn't accept.

The Philippines government said as many as 275 Chinese vessels have been seen around Thitu in recent months. Now Duterte says he will tell his troops to prepare for a "suicide mission" to defend the island.

The Duterte administration has made threats over disputed territory with China in the past, but it's never actually taken military action.

The Philippines has a complicated relationship with Beijing. The countries have warmed up to each other a bit since Duterte took office, and he said these recent comments are "not a warning; this is just a word of advice to my friends."