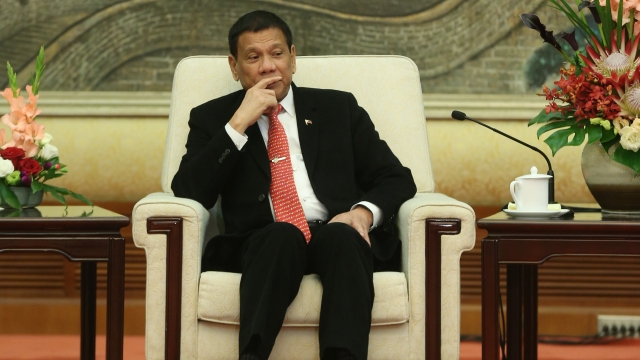 The UN wants the Philippines to investigate its president for murder.

UN High Commissioner for Human Rights Zeid Ra'ad Al Hussein called on the Philippine judiciary to "demonstrate their commitment to upholding the rule of law."

President Rodrigo Duterte took office in June and has orchestrated a brutal crackdown on the country's drug trade. More than 6,000 people have died either at the hands of police or vigilantes.

The drug of choice in the Philippines is a crystal methamphetamine known locally as "shabu." An estimated 1.7 million drug users live in the country.

Duterte claims to have killed three people himself. He's bragged about roaming around on his motorcycle, looking for criminals to kill so the police would look up to him.

He's also encouraged the extrajudicial killings of drug dealers and people who use drugs. And he says police officers won't be prosecuted for human rights violations.