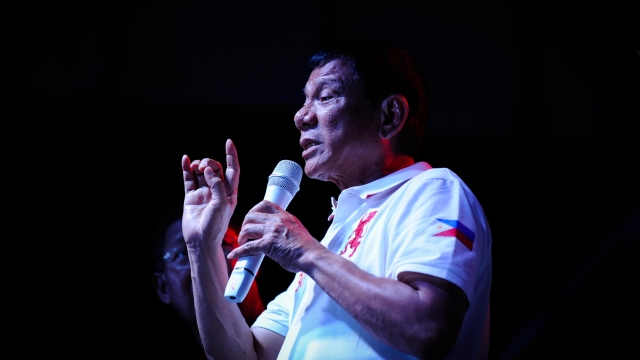 SMS
Duterte Refuses To Cooperate With International Criminal Court
By LeeAnne Lowry
By LeeAnne Lowry
December 20, 2019
The ICC is expected to wrap up its preliminary investigation into killings associated with the Philippine president's drug war next year.
SHOW TRANSCRIPT

Philippine President Rodrigo Duterte said on Friday he refuses to cooperate with the International Criminal Court.

The Philippine government has acknowledged more than 6,000 people have been killed in Duterte's anti-drug operations since 2016. But human rights groups estimate the death toll is more than four times that amount.

The Philippines officially left the ICC earlier this year, as soon as it was allowed to following the court's announcement of a preliminary investigation into the killings. The court says a departing country is still liable for offenses committed before leaving, but the Philippines has argued it doesn't have jurisdiction anymore.

In a speech Friday, Duterte dared the ICC to jail or hang him, though the court doesn't impose death penalties. He said the war on drugs should be a domestic issue and he will never allow himself to "answer these whites." He added: "I am only responsible to the Filipino."

The court is expected to wrap up its preliminary investigation in 2020. Then it will decide whether or not to pursue a formal investigation.