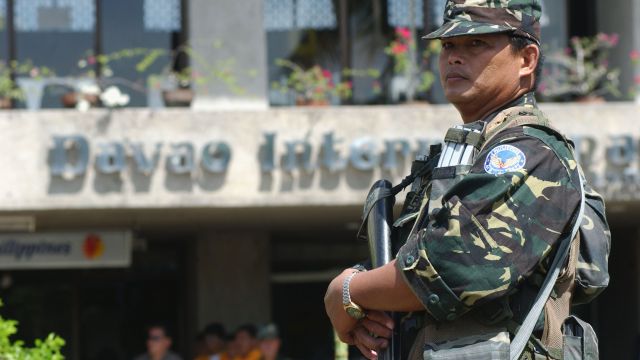 SMS
Part Of The Philippines Is Now Under Martial Law
By Matt Picht
By Matt Picht
May 23, 2017
Philippine President Rodrigo Duterte ordered martial law on the island of Mindanao after a terrorist attack.
SHOW TRANSCRIPT

Government officials said martial law will be in effect for the next 60 days and covers the entire island of Mindanao.

Government forces are currently battling a terrorist group linked to ISIS, which has attacked parts of Marawi City. At least three government troops have been killed in the fighting. 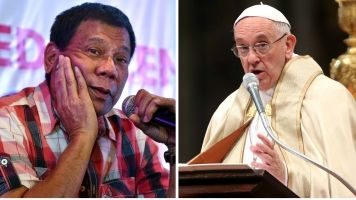 Rodrigo Duterte And Pope Francis Share A Stance On This Issue

Duterte cut short his trip to Russia in response to the attack. His home city of Davao, where he served as mayor before winning the presidency, is in the region now under martial law.

Duterte has faced international criticism for his violent approach to tackling the illegal drug trade. A few days before the attack, he hinted that he might use martial law to deal with both terrorism and drug trafficking.

"If I declare martial law in Mindanao, I will solve all that ails the island. ... There will be no guarantee that it will not last until the end of my term," Duterte said.