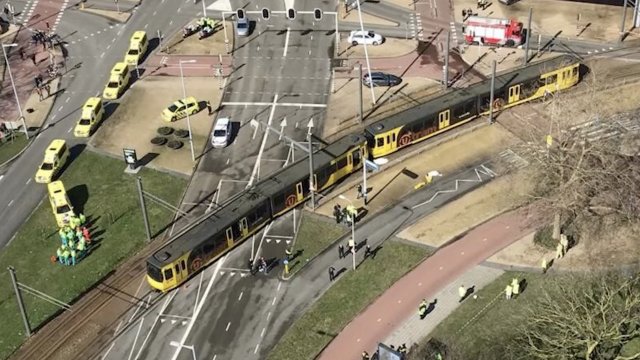 Authorities in the Netherlands say terrorism may have been a motive behind Monday's deadly shooting on a tram.

Police said Tuesday they're looking into terrorism as "a serious possibility" after discovering a letter in the suspected shooter's getaway vehicle. Investigators didn't provide any details about the contents of the letter.

That suspect, a 37-year-old man, was detained Monday for his alleged involvement in the attack, which took place in 24 October Square in Utrecht. At least three people were killed and multiple others were injured.

As of Tuesday, police said they had two other men in custody and were investigating if they had contributed to the attack in any way.

Shootings in the Netherlands are pretty rare. The New York Times notes the country's rate of gun homicide is about 0.2 to 0.3 per 100,000 people every year. That's significantly lower than the U.S. rate of about 4 per 100,000 people.