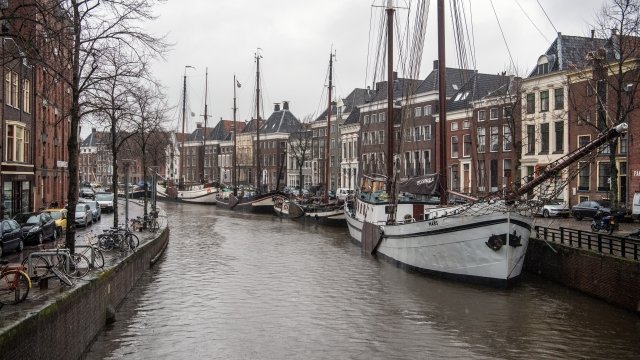 By Cristina Mutchler
October 9, 2018
A Dutch appeals court has upheld a ruling that requires the government to cut greenhouse gas emissions by at least 25 percent by 2020.
SHOW TRANSCRIPT

A Dutch appeals court has upheld a ruling that puts more urgency on the way the country handles climate change.

Judges ordered the Dutch government to cut carbon emissions by at least 25 percent by 2020. That reduction is based on 1990 levels that are used as a benchmark. The court said the move was necessary because of the dangerous impacts of climate change.

The ruling comes shortly after a UN climate report warned about the consequences if world leaders don't take action to combat global warming.

Windmills have long been used as a source of power in the Netherlands, and the country has adopted bicycling as a main mode of transportation. But the court said the government's plan to reduce greenhouse gas emissions by 49 percent by 2030 just isn't enough.

There's a chance the government could appeal the ruling. During the case, state attorneys argued that the judges' intervention into policy change sidelined democracy.

For now, though, it's following through on the order, saying the emissions target is likely "within reach."