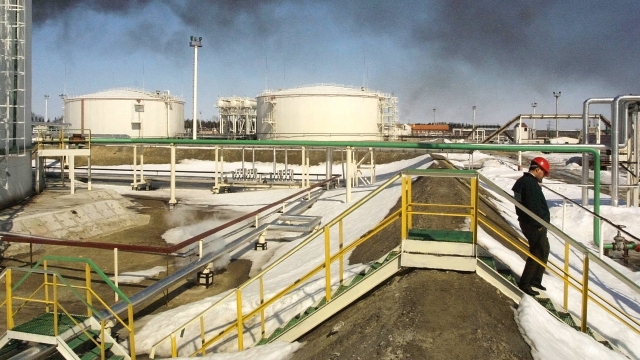 SMS
Dutch Court Orders Russia To Pay $50B For Dismantled Oil Company
By Bailey Vogt
By Bailey Vogt
February 18, 2020
An appeals court in the Netherlands ruled Russia did not act in good faith when it used tax claims to take control of the company in 2003.
SHOW TRANSCRIPT

An appeals court in the Netherlands has ordered Russia to pay $50 billion to shareholders of the now dismantled oil giant Yukos.

The Hague Court of Appeal reinstated a 2014 arbitration ruling that accused Russia of not acting in good faith when it used tax claims to take control of the company in 2003.

The tax claims against the company were seen as an attempt to silence the richest man in Russia at the time, Yukos CEO Mikhail Khodorkovsky — a vocal critic of Russian president Vladimir Putin.

In 2016, the Hague District Court struck down the 2014 ruling as "not correct" because the panel did not have the jurisdiction.

The Russian Justice Ministry said it will appeal this latest reversal.