Baltimore Has An Illicit-Drug Problem ... In Its Streams 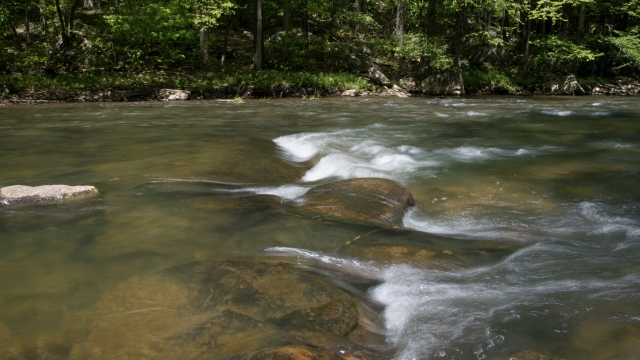 SMS
Baltimore Has An Illicit-Drug Problem ... In Its Streams
By Lindsey Pulse
By Lindsey Pulse
August 26, 2016
Turns out hardcore drugs are just as bad for fish as they are for humans.
SHOW TRANSCRIPT

One of the researchers notes those drugs enter the environment through "human consumption and excretion, manufacturing processes, or improper disposal."

High levels of amphetamines and other compounds were found in the streams. And it turns out hardcore drugs are just as bad for fish as they are for humans.

The drugs actually suppressed the levels of biofilm in specific areas of the streams. Less biofilm — what we know as algae and fungi — means less food for animals higher up on the food chain.

To find a more concrete correlation, the team created an artificial ecosystem in a lab. They exposed plants, rocks and other elements to the same levels of amphetamines found in the urban streams.

And in a span of only three weeks, the artificial stream showed signs of change. Like with the natural stream, biofilm didn't grow at the normal rate, and bugs showed up sooner.

Amphetamines are used to treat conditions like attention deficit disorder and obesity. But other stimulants similar to those are also found in ecstasy, cocaine and methamphetamine.

Baltimore isn't the only place with contaminated water concerns. Just last month, reports surfaced that a Colorado town's water supply was contaminated with THC — a chemical found in marijuana. Those reports, however, turned out to be false.