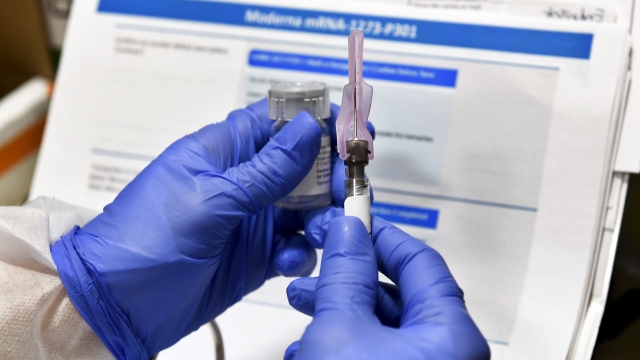 A group of drugmakers working on COVID-19 vaccines say they won't market the medicine until the drug is safe and proven effective.

Over the last week, concern has grown from some drugmakers feeling pressure from the Trump administration to release a vaccine before the presidential election on November 3. However, in a letter obtained by the Wall Street Journal, the pharmaceutical companies say they will not release any drug until trials prove the medicine is safe for people to use. The Journal quotes one CEO saying, "We will not cut corners."

News of the safety pledge comes just days after the CDC told state officials across the country to be ready to distribute a vaccine to health care workers and high-risk groups as soon as late October, ramping up expectations.

The Food and Drug Administration, however, said it would not allow for any vaccines to hit the market until they are proven to be at least 50 percent effective compared to a placebo.

Companies including Moderna, Pfizer, AstraZeneca and Johnson & Johnson have joined the pledge and several are in Phase 3 of their trials. The drugmakers said they will submit applications for government emergency-use authorization of vaccines based only on, quote,  “substantial evidence of safety and efficacy.”

Phase 3 is the final stage of testing and signals whether the drug can actually reduce the rate of a disease.