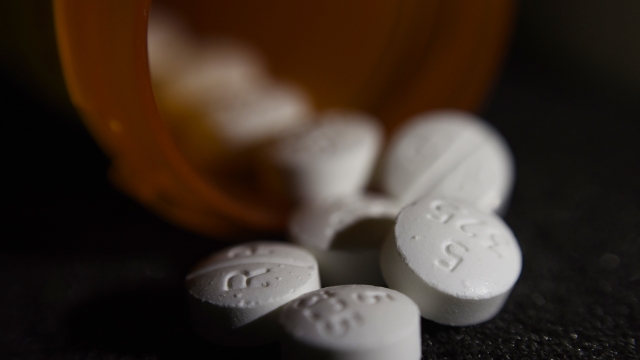 SMS
Drug Testing Data Shows Overdoses, Abuse Up During Pandemic
By Lindsey Theis
By Lindsey Theis
October 28, 2020
Recent study of 900,000 drug tests found a surge in non-prescription and illicit drug use while at least 40 states have seen jumps in overdose deaths.
SHOW TRANSCRIPT

"We've already beat last year's total in weight for medications. I think this is something that our community really needed," Dr. Eric Lung said.

In four hours, Skyridge, two other hospitals and police collected 800 pounds of unused or expired prescription medications from people driving by and dropping them off, no questions asked.

It’s just one way, health experts are fighting a growing overdose problem. Colorado is one of at least 40 states where overdose deaths are rising in 2020.

In the early months of the pandemic, the Overdose Mapping Application Program said suspected overdoses rose by 18% in March, 29% in April, and 42% in May, compared to the same months in 2019.

"Drug testing, for lack of a better word, almost fell off the cliff. We just stopped getting samples in for for drug monitoring. Because of the pandemic, drug testing has gone down. So drug abuse has gone up," Dr. Jeff Gudin, an addiction medicine specialist and senior medical adviser for Quest Diagnostic told Newsy.

Gudin is a clinical professor at Rutgers University and a senior medical adviser for Quest Diagnostics. Quest runs a network of more than 8,000 drug test collection sites.

A recent study of nearly 900,000 drug tests found a surge across the board in non-prescription and illicit drug use. Fentanyl, heroin, and opiate positive tests were all up.

Quest also found an increase in fentanyl getting mixed in with other drugs including: 89% for specimens positive for amphetamines like Adderall; 48% for benzodiazepines like Valium or Xanax; 39% for opiates like oxycontin; and 34% for cocaine.

"To me, as a clinician, that is just astounding," Gudin said.

Gudin says parts of the country have started to bounce back more than others. Loosening home drug testing options can help. Federal regulators have also relaxed the number of methadone doses that patients can take from treatment centers and are using telemedicine to initiate medication.

But with COVID cases surging, winter on its way, and more people inside and isolating, Gudin says it’s important for doctors to be proactive.

Back at Skyride, Dr. Eric Lung says what doctors prescribe is also key to the fight. In the past year, the hospital's doctors prescribed 35 percent fewer opioids. It's a battle he anticipates will continue, long after the COVID pandemic is over.