Americans Are Dying Younger Because Of Drug Overdoses And Suicides 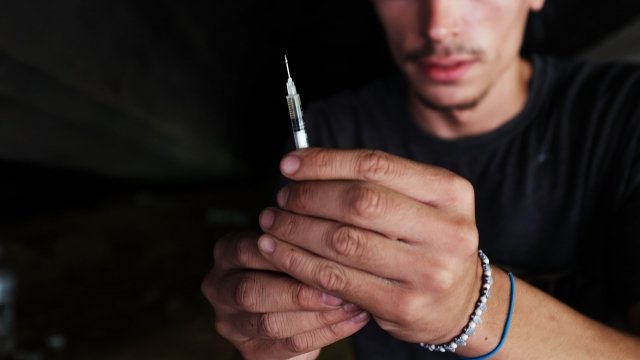 Drug overdoses and suicides have become so pervasive in America that life expectancy has decreased in a way the country hasn't seen since World War II. That's according to new data released by the Centers for Disease Control Thursday.

There was a nearly 10 percent increase in drug overdoses in 2017, killing more than 70,000 Americans. The suicide rate increased by 3.7 percent from last year, making it the tenth leading cause of death in America.

The director of the CDC called the statistics "sobering," adding the numbers are "a wakeup call" that people are "dying too early and too often, to conditions that are preventable."

In 2017, overall life expectancy for Americans was 78.6-years-old. The decrease was only by 0.1 year from 2016, but experts say life expectancy usually increases over the years.

The CDC's Chief of Mortality Statistics told the The New York  Times this is a phenomenon that only seems to be happening in America. He said, "If you look at the other wealthy countries of the world, they're not seeing the same thing.”

And the World Health Organization's statistics back that up. Its last report about life expectancy showed that on average, people around the world are increasingly living longer.