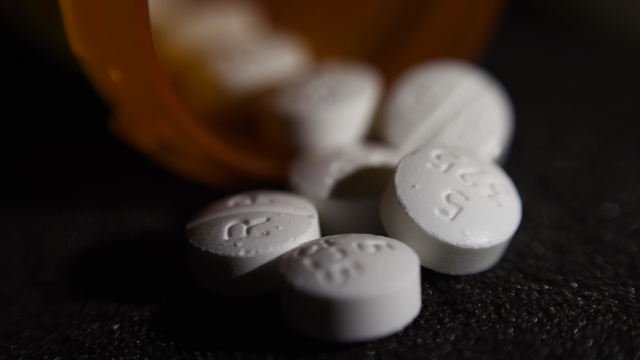 "We're in the midst of a crisis, and we're very concerned about it," said Jesse Bunch, executive director of the Turning Point Center of Chittenden County. "The pandemic had a big impact, because as you know, people were closed, institutions were closed or working remotely at, you know, 20, 50, or 30% of their capacity."

CDC data shows over 93,000 people died of a drug overdose in 2020 – the highest yearly total on record – and a majority of those deaths involved opioids.

One of the states hit the hardest was Vermont, and that's where Bunch works. The Turning Point Center in Chittenden County is a peer recovery organization in Burlington.

"People are waiting a long time for mental health counseling," Bunch said. "We're seeing an increase not only in overdoses, but in individuals going to the emergency departments in the state. And, you know, it's a situation where the problem has gotten bigger, and the resources have declined, and that's what we're struggling with."

Before the pandemic, opioid deaths in Vermont actually had been trending down. But the state saw a nearly 40% increase in fatal drug overdoses in 2020, most of them involving opioids. And some of the worst months coincided with the early days of the pandemic and stay-at-home orders.

Data from the first five months of 2021 shows opioid related deaths in Vermont have continued to rise.

"We're seeing people coming in here every day, really struggling with substance use disorder, and mental health issues," Bunch said. "And we're trying to get them into the services that they need. But we're finding that often those services simply are not yet available again."

State officials in Vermont recognize the need to do more. In June, they launched the KnowOD campaign aimed at helping people make safer choices and increasing awareness about opioid overdose symptoms.